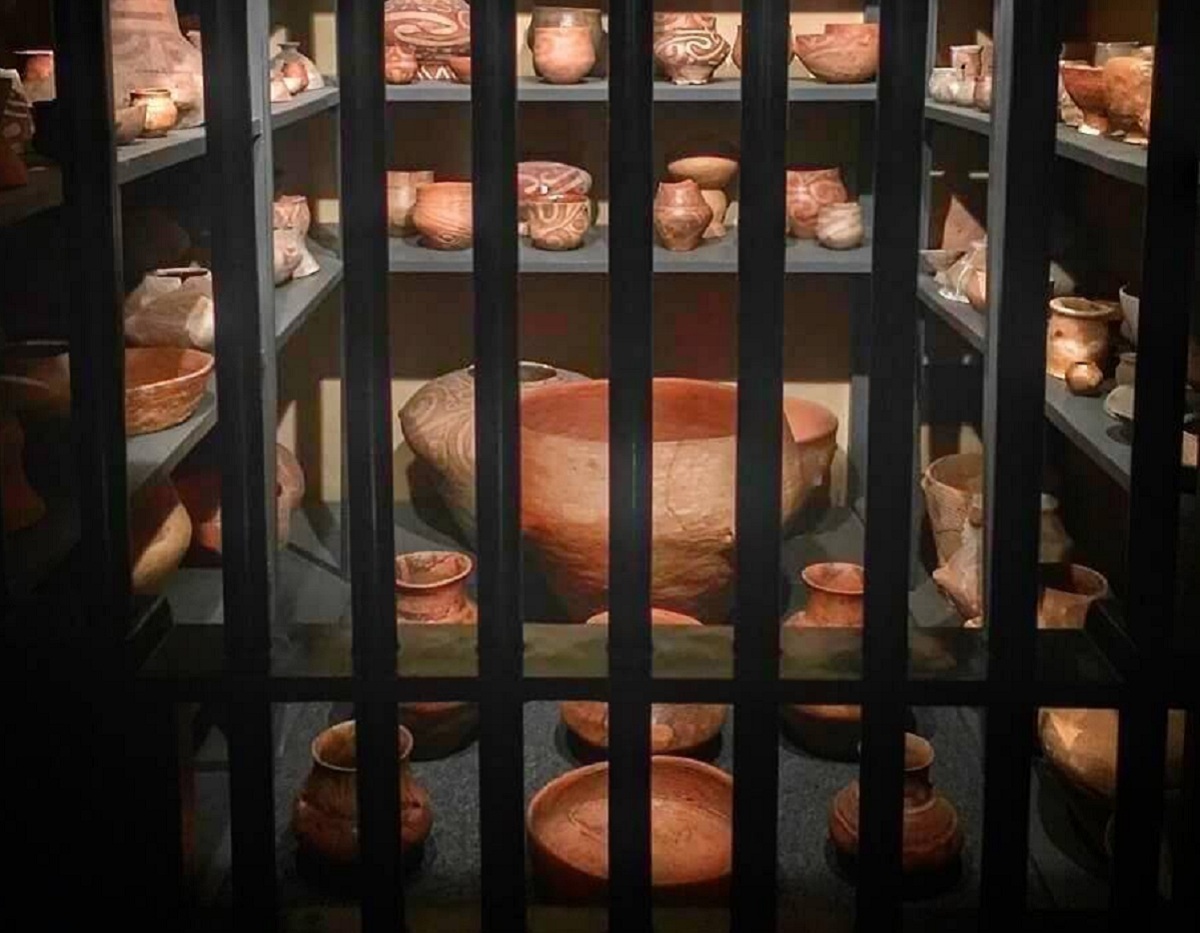 The information handed down from antiquity by both the Greeks and the Romans, recognizes the fact that the ancient world considered the area around the Carpathians, as the “Land of the Gods”, with the “City of God”, and that it was here where the Human Race was created, it was given an alphabet (seen painted in ochre on a rock in the Gaura Chindiei Cave, in Caraș-Severin County, made up of about 425 signs from 15.000-9.000 B.C., most of which are found on the Lead Tablets discovered at Sinaia), and a language called the “Language of the Gods”, in which the Ariminic Christianity was practiced.

The 🏛️ GETÆ 🏛️
Sons of the Earth

Remarkable praise towards our ancestors can be found in the work Moral and political laws, published by Antet Publishing House, Bucharest 2010, attributed to Pythagoras (580 – 500 B.C.), where ten references are made for the social and moral values of the Getae. In Law 1143, from page 70 onwards, stands written: “Travel to the Getae, not to give them laws, but to learn from them. With the Getae the fields are boundless, all lands are held in common. And among all peoples they are the wisest” Homer says.

Let us try to search the tracks, forgotten by time, of the words Getia and Getae, as others wrote them for the first time more than 5.200 years ago, as here, in the ancestral land. But, for starters, let us clarify whence stems the word get, with its variants getu, gets, Geta and Getia. There is in Eme.gi known as Sumerian: ge: to tie the hair in a topknot, noble, land, wise, to make justice, faithful + ti: kinship, pride, wife, to endure, to be numerous and for the tu variant: radiance, to lead, to support, to delight, true, to marry, the four cardinal points. And for the word ta: father, person, to shine, character, to advise, integrity. From this sequence of meanings we can detach by ourselves some that will be of great import in our work of rummaging through the memory of time, traces and shadows of the fabulous history and mythology of our Carpathian ancestors.

In ancient times, this word did not define the national identity of the Carpathian people, it becoming an ethnonym perhaps at the beginning of the 2nd millennium B.C., as the meanings I will ascribe henceforth will show more a defining trait of Folk Descended from Gods, rather than simply the people’s name. Combining the three ancient words, we have the following meanings: the topknotted kin, the chosen people, the wise kin, those who love justice, to lead with the power of truth, the kin spread in the four corners, the father with his hair in a topknot, the radiant land or the holy country. All these meanings, astounding for our culture and that of Europe, and yet others, still unknown until now.

Writing and 💙💛❤
the Carpathian runes

The similarity between the written symbols used by the Gets on the Lead Tablets and the alphabets of Italy and Southern Gallia (8th and 6th centuries B.C.), of Old Iberia (12th century B.C.), of Palestine, of the Arabian Peninsula (13th century B.C.), of Mohenjo-Daro (22nd century B.C.), of Northern Africa (15th – 3rd century B.C.), even those of Siberia (5th century O.E.) shows the vast area in which the writing, that had originated in the lower basin of the Danube River spread out in all four directions, with the migration of groups of Ariminic Ausonians, who were looking for new places to stop, rest or make them their own.

One of the most important discoveries in the history of humanity is that of the rupestral paintings of the Coliboaia Cave, Bihor County, Western Romania. Research has proved that they dated since the 38th Millennium B.C., and some of these paintings are graphic representations of animals such as: a buffalo, a horse, a feline, one or two bear heads, a bull head (similar to the one in Lascaux Cave, France) and two hairy rhinoceroses or maybe a baby mammoth. Some of these signs and signals we can find in future alphabets used within the inferior basin of Istrium and outside the Carpathian chain. The normal succession of these signs undoubtedly proves that the Carpathian environment was lived on since the 40th Millennium B.C., by the same population which transmitted from one generation to another the oral culture, the religion and the traditions throughout time (but bearing the same substance) and changed into what we now know as being the fabulous world of the Getae, then the Romanians of yesterday.

The Romanians
🇷🇴 of yesterday 🇷🇴

These people weren’t as savage as modern archeology thought they were, at least because they practiced throughout the millennia a symbolism of signals and signs of a great uniqueness in world history, from which the first writing and the first religion of the cross were born and evolved towards the monotheistic religion of the Getae.

The model of the crucifixion is very old in the culture of the Carpathian peoples called the Gets, as we find it on a pendant from the 3rd – 1st century B.C., and in it we can see Orpheus, crucified on a cross with the inscription: “OPΦEOC BAKKI KOS”, meaning Orpheus, the Pastor or the Crucified Shepherd. Under the crucified person on the stone discovered in the Burrows Cave as seen above, we can see another one, who stands hands stretched out into a cross. And this religious aspect is also specific to the Carpathian areal, as we find it carved on a small statuette discovered at Lepenski Vir, on the right bank of the Danube River, 8.000 B.C., which in fact represents the Creator of the seen and unseen worlds, and its theological significance is the profound peacefulness or the deep satisfaction attained through quiet meditation and wisdom, thus reaching eternity. Our legends which tell about the golden eagles or the magical birds, consider that these birds retreat in the Mountain of Tranquility, to die there, and according to these myths, this mountain was located in the Eastern Carpathians. Over the head of the divinity, are written the following signs, HIIIIH.

Searching for Romania’s Legacy
The incredible story of mankind

A journey in time, a story never told… UNTOLD! That the Pelasgians reached all the corners of the world and influenced, enriched and also gave birth to many cultures around the world, there is no doubt. This is the greatest cover-up in the history of humanity. When they were already flourishing in the Carpatho-Danubian-Pontic space, the Emesh, the Egyptians or the Greeks didn’t even exist yet, emerging thousands of years later. Also the cult of the cross is at least 45.000 years old. As proof stand the artifacts and many other inscriptions made on walls, stones and ancient altars. Variations upon variations. The Gammadion Cross (in Sanskrit, svastika = mystical cross) is one of the most sacred symbols on Earth. The Cross represents the intersection between man and Divinity, the link between the Sky and the Earth.

It is the primary geometry which sits in the center of the unity between two lines. The first meeting, the first communion and the first love. The Gammadion Cross – which is the cross in motion – represents the whirl, the sacred geometry and dynamic of the Universe, but it also represents something much more sacred and that is the name of God. This whirl, this motion…is the motion of galaxies and of stars which revolve within us, within the universe of our minds and our hearts. Too bad the Greeks falsified everything with their Hellenistic lies (some Greeks, not all of them, because you’ll find a lot of them telling the truth if you study the historical documents), stealing the original Hyperborean mythology and altering it with their “visionary” stories.

Open the gates to begin the journey,
Pelasgians, the incredible story
of mankind, a journey in time,
🇷🇴 a story never told 🇷🇴 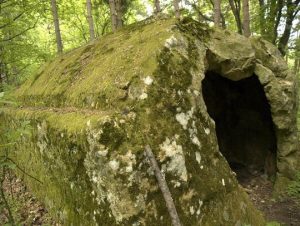