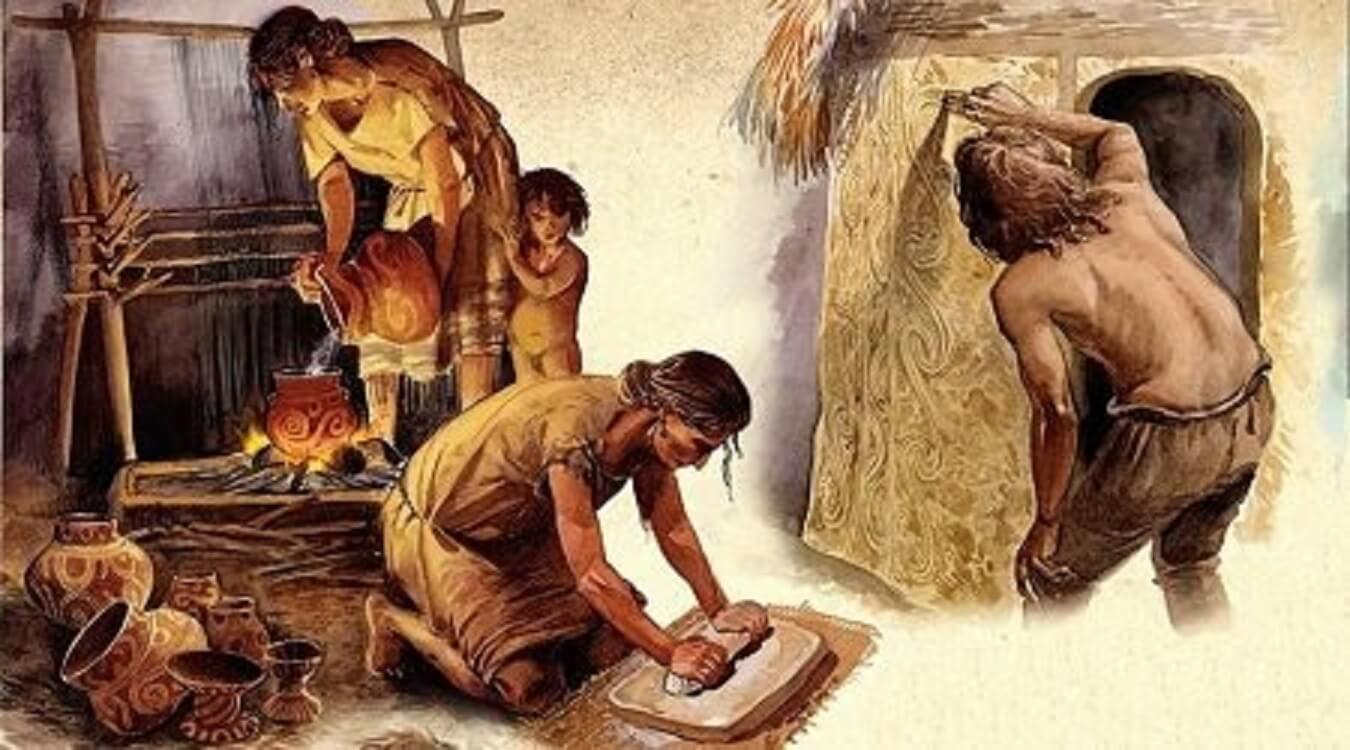 That the Pelasgians reached all the corners of the world and influenced, enriched and also gave birth to many cultures around the world, there is no doubt. When they were already flourishing in the Carpatho-Danubian-Pontic space, the Emesh, the Egyptians, the Serbs or the Greeks didn’t even exist yet, emerging thousands of years later.

🇷🇴 the NORTH of the DANUBE river

At Lepenski Vir, a locality situated on the Serbian side of the Danube River, excavations were made, and they began in the year 1965, but after 1971 the place was covered by the river waters where the Porțile de Fier (The Iron Gates) Dam is located. Several settlements were uncovered on top of each other or near each other, and 136 of the constructions found there had several altars of worship. The archaeologists who studied them concluded that the settlement was founded sometime towards the end of 7.000 BC., and they dated the constructions and the ceramics between 6.500 – 5.000 BC.

Among some other objects of cult discovered, there was an egg made of calcar which was chiseled on the outside, and it has some kind of serpents painted in red on a yellow background. On another egg made out of burnt clay, there are 35 carved signs, out of which only seven of them are not among those used in the writing on the Lead Tablets discovered at Sinaia in the center of Romania, and three of them represent the Tree of Life, with slight differences between them.

From out of the 25 signs inscribed on this egg, which are also found on the Lead Tablets of the Gets, only two signs will appear in the Greek alphabet 6.000 years later, therefore this is undeniable proof that they, the GETÆ, adopted the alphabet from the Pelasgians. This archeological proof also demonstrates in front of history that the Lead Tablets discovered at Sinaia are authentic and the information they convey is genuine.

In 2013, two sandstone tablets, as small as a box of matches were discovered in a field, where often times vestiges of our prehistory have been uncovered. The place is located in the village of Hândrești, Oțeleni commune in Iași County. They were from Cucuteni A and B periods, that is 5.500 – 3.500 B.C., because these ancient sites, at Cucuteni and Hândrești are approximately 40 kilometers far from each other, proof that our prehistoric civilization existed EAST of the Carpathian Mountains and to the NORTH of the DANUBE river. 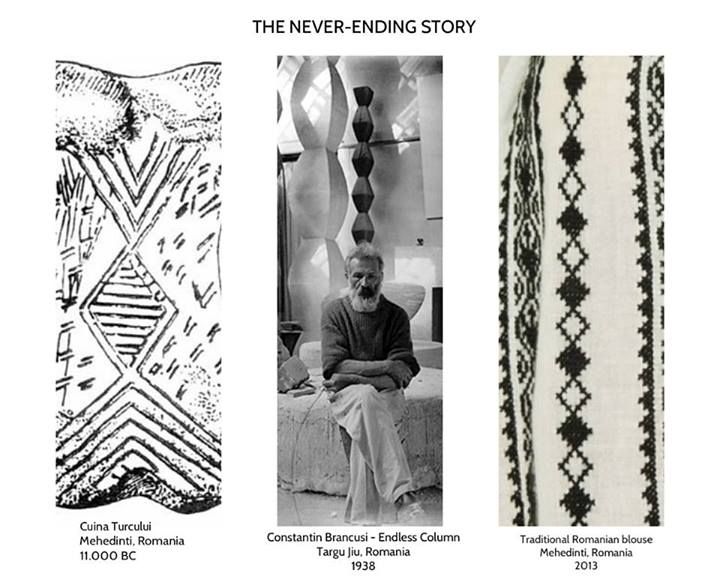 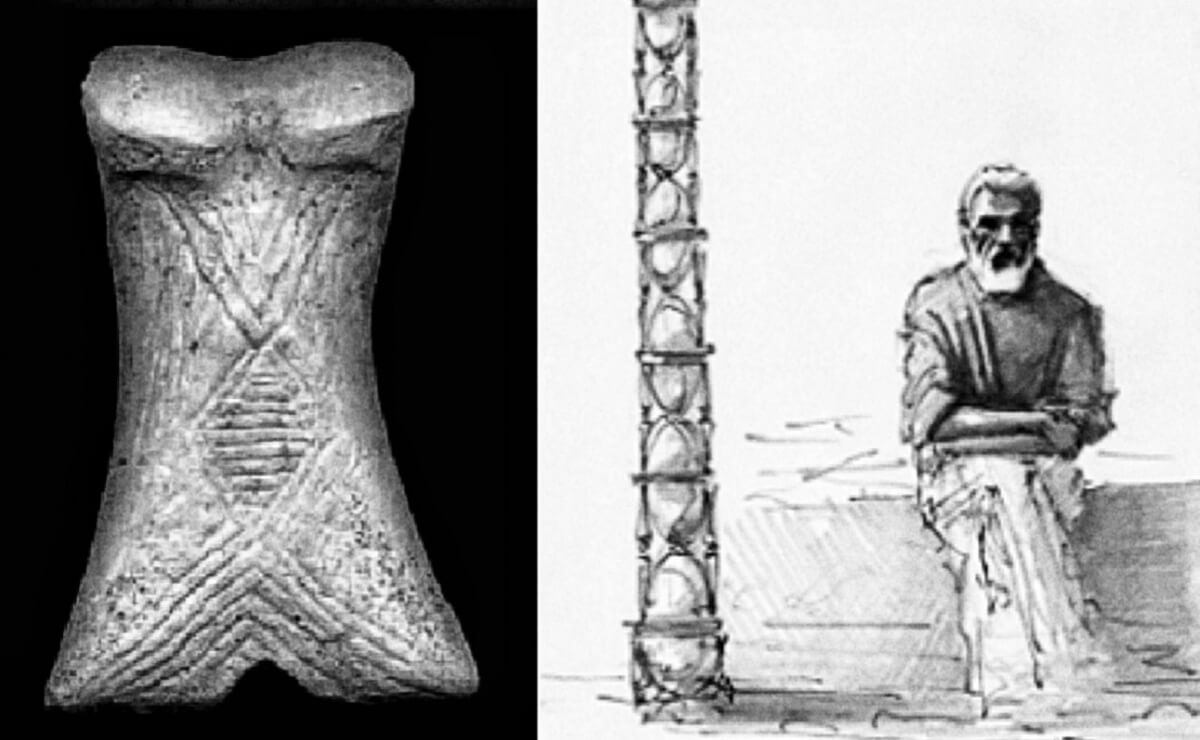 In the 1967-1968 archeological excavation campaign, carried out at Cuina Turcului, on the Danube Gorge, in the western extremity of Mehedinţi County, Vasile Boroneanţ, in tandem with Alexandru Păunescu, discovered an equidae phalanx, with vertically superimposed diamonds, incised in the bone. The first samples with C14 indicated 10,000 years of age, and more recent analyzes 13,000 years of age. Renowned contemporary Brâncuşiologist Ion Pogorilovschi, who carefully analyzed these overlapping rhombuses, calling the sign “the oldest native axial symbol”, makes a sensitive approach (in terms of sign migration) with the rhombohedrons of the Infinite Column, and not only.

The similarity between the written symbols used by the Gets on the Lead Tablets and the alphabets of Italy and Southern Gallia (8th and 6th centuries B.C.), of Old Iberia (12th century B.C.), of Palestine, of the Arabian Peninsula (13th century B.C.), of Mohenjo-Daro (22nd century B.C.), of Northern Africa (15th – 3rd century B.C.), even those of Siberia (5th century O.E.) shows the vast area in which the writing, that had originated in the lower basin of the Danube River spread out in all four directions.

& The Origins of Agriculture 🇷🇴

If we compare the archaeological findings like The Tablets of Tartaria, the main center of the Vinća Culture, near today romanian city of Alba Iulia, most exactly between Deva and Alba Iulia with the one of the most advanced city from neolithic period discovered in Turdaș, Alba Iulia county we will understand that the areal of initial spreading of the letters are the same areal where people migrate from they hunting habits to more pacifist society’s oriented to agriculture and art like CUCUTENI, a matriarchal society. This originated place we can call simply “Old Europe” and the heart of this Old Europe are today’s territories of Romania.

Serbians / slavs doesn’t arrive in that period of time in the pelasgian south of the Danube, and our final conclusion is that Pelasgians was the first farmers of the world originated in the Danube Valley and after that through south to Anatolia. The heart of Old Europe has 3 main advantages for developing civilization: had two main natural barriers for life protection, on the south Danube river, and on the north Carpathians Mountains. The third advantage was the salt resources. 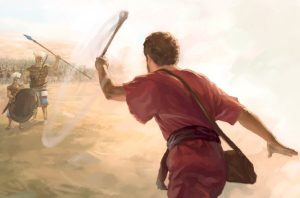 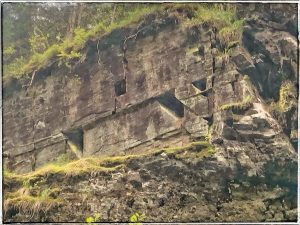 1 thought on “The Origins of Agriculture”