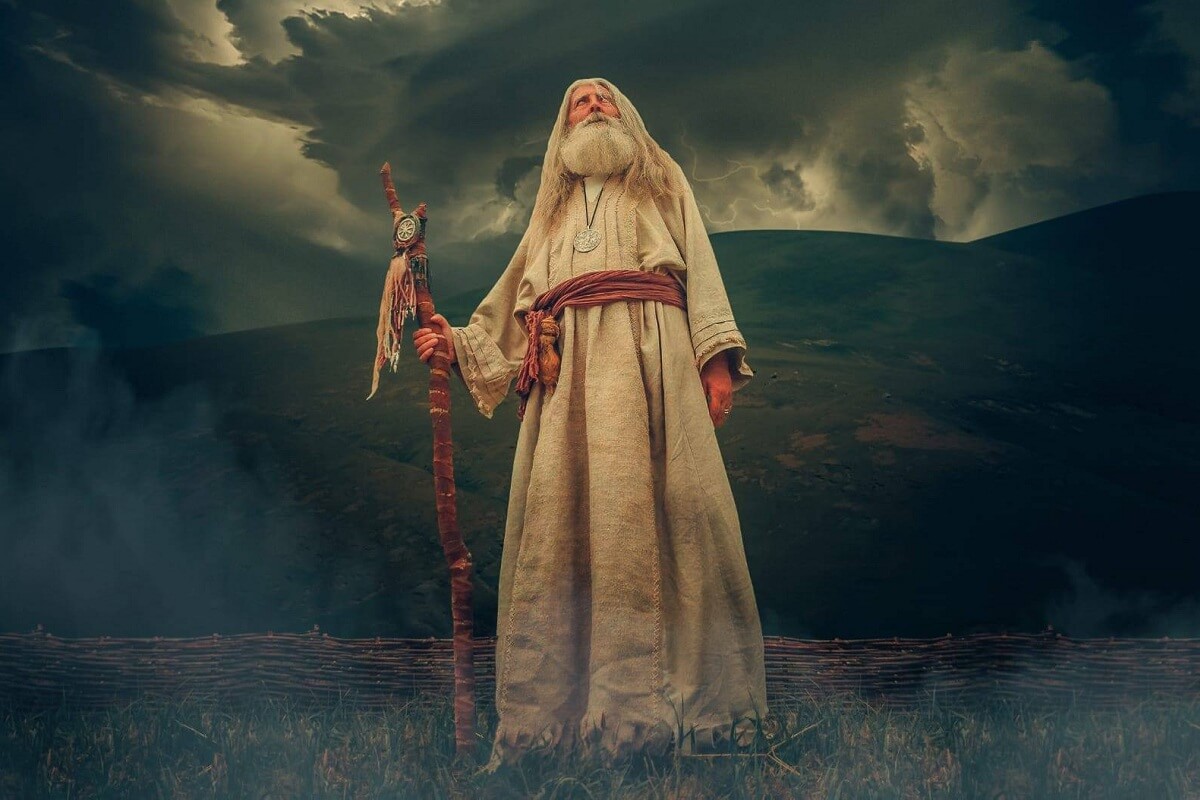 Some of the oldest written sources reveal that around 2.000 B.C., the Khabiru people – the word Khabiru being used with the meaning of mercenary, confederate, associate – were enlisted as soldiers tofight in the armies of the kings of Larsa and Assur. They appeared in the regions of Asia Minor, in the threshold between millennia and by the end of 3.000 B.C., they were to be found all around the borders ofthe Emesh/Sumerian states, and in the Hittite Empire, where they were wandering from place to place wherever they wanted, to their hearts’ desire. They were organized in tribal unions, whose leader was elected for military merits and their society was led by tribal elders and priests’ councils. According to Egyptian written records, this kingdom had close ties with Phoenicia and Palestine, which they controlled with the help of their army, alliances, as they pleased, or as times required during the reign of the 12th Dynasty (2.000 – 1.785 B.C.).

Towards the middle of the 18th century B.C., historical documents reveal the fact that the Hyksos tribes, who came out of the blue and occupied Egypt – where they introduced chariots in fighting – were pouring out as a river flooding over its banks into Hapi’s country. But some ancient sources tell us that in the same period and geographic area, these Scythians and GETÆ, coming from the dark northern Carpatho-Caspian territories, started pouring out like a flood of people chased by ghosts and ended up in the Pharaoh’s land, whose fighters they whacked badly.

Pompeius Trogus, a Roman who lived in the 1st century B.C., mentioned in his Philippic Histories that Tanaus, king of the GETÆ had defeated Vesosis, King of Egypt, along the banks of the Phasis River (possibly a branch of the Nile, flowing into the Delta). The Greek historian Philo of Byblos, who lived atthe beginning of the 1st century A.D., translated into Greek the History of Phoenicians by Sanchuniathon, who had been a Phoenician historian of the 12th century B.C. This information got to us through the writings of Eusebius of Caesarea, who had quoted some passages from these texts. According to this wiseman, the Phoenicians visited our homeland too and Pharaoh Sesostris even led an expedition against the GETÆ and the Scythians, but in fact the historical recorded data shows that the Egyptian leader defended his own country against the Ariminic invaders, who came from the Ister and The Black Sea to be warmed up by Ra.

The legendary Phoenician historian states that he acquired all his sacred knowledge from the divine inscriptions engraved on the pillars of the Sun, found in the temples of Phoenicia. These kinds of pillars were also to be found at the court of Aetes, the GETÆ king, who lived in the 13th century B.C., and according to some ancient writers, they had the divine laws written on them.

Therefore we had a powerful state here, around the Carpathian Mountains, and we were skilled in dealing anyone a powerful blow with our army and weaponry. The Judeo-Christian bishop Jordanes states in Getica 6:47 that:

“This was the region where the Goths dwelt when Sesostris I (1.973-1.928 B.C.), king of the Egyptians, made war upon them. Their king at that time was Tanaus, the Scythian king (after whom the Tanais/Don river was supposedly named). In a battle at the river Phasis (Rioni, southwest of the Caucasus), whence come the birds called pheasants, which are found in abundance at the banquets of the powerful all over the world, Tanaus, king of the Goths, met Sesostris, king of the Egyptians, and there inflicted a severe defeat upon him, pursuing him all the way to Egypt. Had he not been restrained by the waters of the impassible Nile and the fortifications which Sesostris had long ago ordered to be made against the raids of the Ethiopians, he would have slain him in his own land.”

The city of the Ariminic KING

In Darin, a city in the southwestern part of Syria, the city of the Hyksos called Spune Sianu was discovered, just like Jordanes wrote in Getica that some of the invaders returned from Egypt and they settled in Palestine and Asia, in territories situated in the western parts of nowadays Syria and Israel. The archeological findings within the last 25 years have revealed a city as large as 11.6 Hectares / approximately 28.6 Acres, situated at the confluence of Al Rumaila and Al Fawwar rivers, overlooking the plain from that height of about 25-30 meters / 82 to 98 feet. Data shows that it was built around the year 1.700 B.C., exactly what the existing epigraphic sources tell us.

The city of the Ariminic king was also mentioned in the tablets of the city of Ugarit around 1.350 B.C. until 1.200 B.C., when the Phoenician nest was destroyed by the invasion of the Sea peoples. The tablet written in the Akkadian language refers to a treaty between Niqmepa and Abdianati, king of Sianu city.

Samuel 31:10 “After being defeated in a fierce fight, and Saul, their leader killed, they left their weapons in the house of Astarte, while his body was hanging from the walls of Beit-She’an”. The word ”beit” used here means “city” or “house”, and the text should have been translated as the “city of She’an” or Sianu. The Greeks used to call this city Scythopolis, therefore it was the “city of Scythians”. Pliny the Elder (1st century of our era) mentions the cities of Scythopolis and Tirza in Palestine, as well as those of Nasaut, Romis and Sandura that were built in Arabia by the Scythians, who were the very GETÆ people from the Northern parts of the Ister/Danube River. But there is another city in Canaan, as old as the world itself, founded by the Ariminic tribes.

We know from historical data, found in the neighboring cultures around this region, in the Egyptian, the Hittite, the Mitanni, the Ugarite, and also in the Canaanite cultures, that sometime in the 15th century B.C. and possibly even before that, there was a fortress or a city called Bit-Lahmi in this area, according to Egyptian sources. Lahamu and Lahmu were in the Emesh mythology none other than the Carpathian people who had migrated and settled in Ki-En-Gir / a Sumerian geographic area, therefore they were the offspring of the first humans who appeared and existed in the universe, the children of Tiamat and Abzu. In fact, these two brothers were two complementary theological concepts, and they gave birth to Ansar, the whole boundless Heaven, and to Kisar, the entire Earth.

Being the creators of the seen and unseen worlds, these two spiritual and energetic entities, Lahmu and Lahamu, were venerated as divinities of fertility at the beginning of Heaven and Earth’s Creation. It was with this religious cult that these people were found in Canaan. Venerated by the Canaanites, Lachma had a place of worship starting with the middle of the 2nd millennium B.C., when the natives raised a worship place, located on the city hill, which nowadays is known as the Hill of Jesus’ Birth, according to the Judeo-Christian. Ancient documents call the city Beit Lachama, which means “Lachma’s House”, or Lachma’s Temple, because it was a religious construction. This divinity is also known by the following names: Lahmi and Lahmu.

The first refers to the historic city Beit Lachama, mentioned in the letters discovered in Amarna (approximately 1.400 B.C.), when an Egyptian leader who was ruling Canaan from Jerusalem, had serious problems with the Kapiru (Kabiru) people living in this city, because they were disobeying the pharaoh. Therefore he asked the ruler of Egypt to help him take arms against the disobedient ones, to destroy their nest and restore order. In the tablet under discussion, the city was written as Bit-Lahmi. In the Torah and the Talmud, it is written that the city of Bethlehem is the city where David was born and where he was crowned by Samuel…

But Lahmi was a name used by the Philistine men from Gat or Giti, as they are mentioned in the Chronicles 20:5: “And there was again war with the Philistines; and Elhanan the son of Jair slew Lahmi the brother of Goliath the Gittite.” 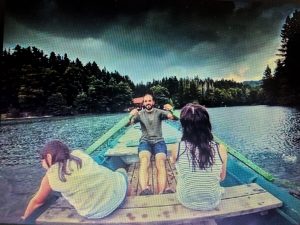 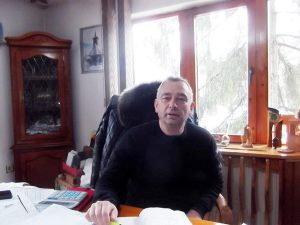