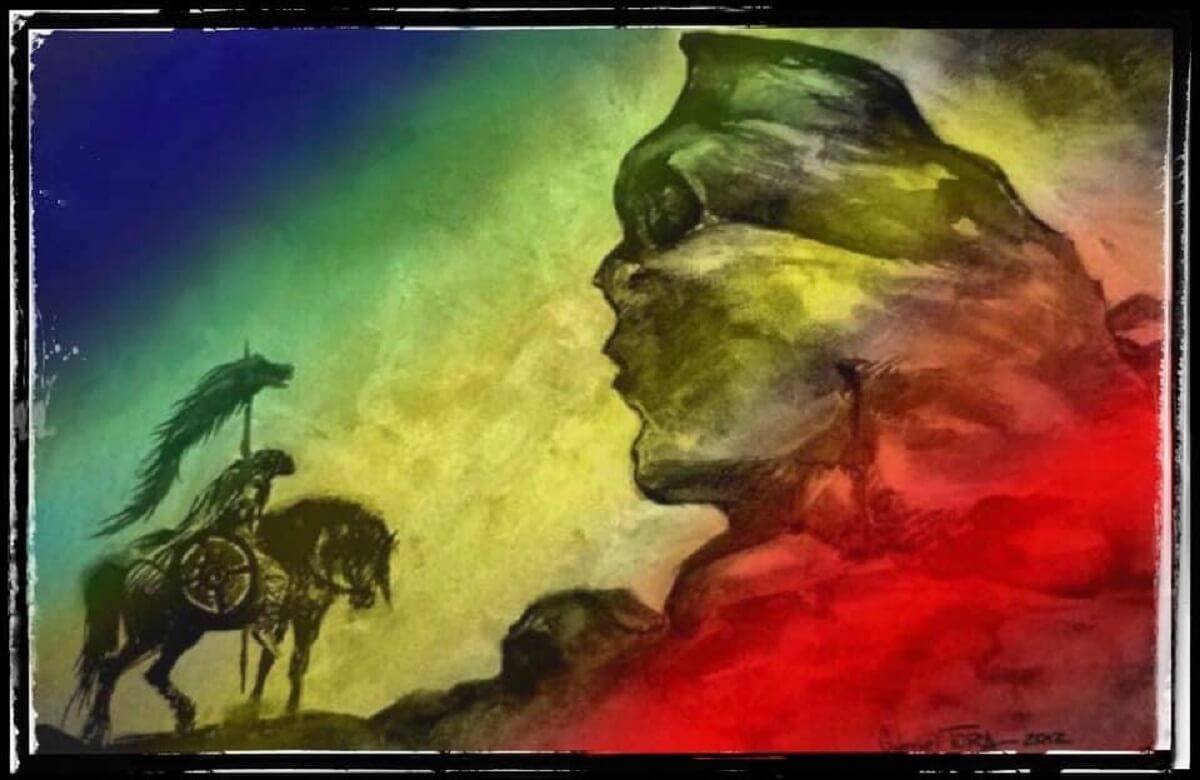 🇷🇴 the ROOTS
of ⚔️ Alexander
the GREAT 🇷🇴

In the Bible, Alexander the GHREAT is referred to as Macedonian from Kittim, that is Hittite, who had conquered Greeks and become their king. This means Macedonians were not only Pelasgian, as Justin tell us, but were also related to Anatolians like Trojans, Phrygians, Lydians, etc, who all welcomed Alexander when he invaded the Persian empire with his predominantly Pelasgian army.

Sumerian researcher A. Kifisin: “The ancestors of Rumanians had a powerful influence upon the whole ancient world, respectively upon old Ellada, old Egypt, Sumer and even China.” Justinus about the Getes, after Trogus Pompeius: “Three times they achieved the domination of Asia, but they themselves remained continuously either untouched, or undefeated by some foreign power. Darius the Persian king, they drove him out of Scythia through shameful escape; they crushed Cyrus and his whole army; Zopyrion, general of Alexander the Great, they made him disappear the same way with all of his armies; the Roman armies knew them from hearsay, they didn’t sense them. As well they founded the Parthian Empire and the Bactrian. Line of strong people, resistant to endeavors and wars, their body strength was astonishing; they didn’t do anything of what they would have feared of losing and victorious, they do not fierily want anything, except glory.”

Pompeius Trogus, a Roman who lived in the 1st century B.C., mentioned in his Philippic Histories that Tanaus, king of the GETÆ had defeated Vesosis, King of Egypt, along the banks of the Phasis River (possibly a branch of the Nile, flowing into the Delta). The Greek historian Philo of Byblos, who lived atthe beginning of the 1st century A.D., translated into Greek the History of Phoenicians by Sanchuniathon, who had been a Phoenician historian of the 12th century B.C.

This information got to us through the writings of Eusebius of Caesarea, who had quoted some passages from these texts. According to this wiseman, the Phoenicians visited our homeland too and Pharaoh Sesostris even led an expedition against the GETÆ and the Scythians, but in fact the historical recorded data shows that the Egyptian leader defended his own country against the Ariminic invaders, who came from the Ister and The Black Sea to be warmed up by Ra. The legendary Phoenician historian states that he acquired all his sacred knowledge from 🇪🇬 the divine inscriptions engraved on the pillars of the Sun 🇪🇬 found in the temples of Phoenicia. These kinds of pillars were also to be found at the court of Aetes, the GETÆ king, who lived in the 13th century B.C., and according to some ancient writers, they had the divine laws written on them.

Around the 💙💛❤
Carpathian Mountains

Therefore we had a powerful state here, around the Carpathian Mountains, and we were skilled in dealing anyone a powerful blow with our army and weaponry. The Judeo-Christian bishop Jordanes states in Getica 6:47 that: “This was the region where the Goths dwelt when Sesostris I (1.973-1.928 B.C.), king of the Egyptians, made war upon them. Their king at that time was Tanaus, the Scythian king (after whom the Tanais/Don river was supposedly named). In a battle at the river Phasis (Rioni, southwest of the Caucasus), whence come the birds called pheasants, which are found in abundance at the banquets of the powerful all over the world, Tanaus, king of the Goths, met Sesostris, king of the Egyptians, and there inflicted a severe defeat upon him, pursuing him all the way to Egypt. Had he not been restrained by the waters of the impassible Nile and the fortifications which Sesostris had long ago ordered to be made against the raids of the Ethiopians, he would have slain him in his own land.”

See more about the ROOTS of ⚔️ Alexander ⚔️ The Hittite EMPIRE 🏹 The Philistines, Goliath ۞ the Gittite, The Wallachian colonists of Sinai & GETÆ pileus from 🇪🇬 the Dakhleh Oasis 🇪🇬 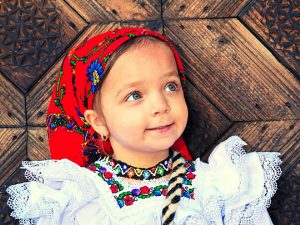 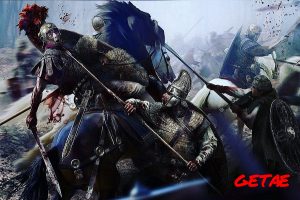